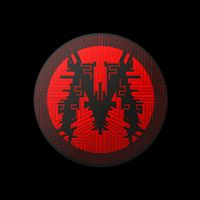 Years ago, in the early mid nineties, I wanted to create a persona for my solo musical project and I chose the name Mindspawn to be my moniker. It was an ambiguous name and that perfectly suited my sense of what the project was about. Things spawned by the mind, and things controlled by the mind… a reflection of the soundscapes and and sonic tapestries I was creating coupled with the discovery of sounds found, sounds revealed, and sounds manipulated beyond recognition. Mindspawn seemed a fitting summation of my process at that time… It still does.

The Mindspawn project, or persona, originally covered all my electronic endeavors from the more ambient styles to the more beat driven styles. Over time it’s the soundscapes and ambient styles that have come to be more recognizably associated with Mindspawn. I never feel restricted to that when I’m working on Mindspawn tracks, but it is what I tend to gravitate towards or orbit around…. Dark ambient is the simplest distillation I’d offer for ease of explaining the sound to someone who hasn’t heard it, and if the dark ambient genre isn’t familiar to someone I might suggest that Mindspawn’s sound is sometimes like the sort of things you hear in science fiction and horror movies. I’m not a musicologist so I leave any final categorization to others… The possibility that anyone might bother to sort that out is amusing to say the least.

What the Mindspawn project is to me, that is something I can expound on. At the core, Mindspawn is a powerful metaphor for looking at things in novel ways. Here I would include elements that have nothing to do with sound or music, like writing, visual art, and general self expression. There are elements of poetry, film, even cocktails that really have little to nothing to do with sound and music that I certainly consider to be Mindspawn in their origins. Thus, at it’s core, Mindspawn is one of my personas for self expression. I use the plural personas rather than persona, as I, like many people, have more than one public facing affectation, Mindspawn happens to be my current favorite for exploring new visuals and sound that tend to be of a dark, occult, unknown, or philosophical nature. Mindspawn is kind of a thematic umbrella in that respect.

Moving from generalization to more specific elements, Mindspawn is a place of questioning in my artistic endeavors. I’m one of those souls that enjoys chasing knowledge, discovery, and poking my nose into places unknown. Quite often I’ll have an idea for some expression that gets lost in the perspectives, and I see this as desirable. An idea goes far beyond my own expectations, or sometimes it goes far beyond my ability to comprehend the message, if there is a message, or sometimes the absence of a message is a message in itself. Yes, there’s often a lot of tail-chasing involved in my process, and I’m fine with that. I’m an artist and that’s one of the many things I do as an artist.

These processes are a means to self express and share my art with the greater part of humanity, but they are also very personal as a means of self discovery. Being the self-centered creature that I am, I spend a lot of time in self discovery, figuring out who I am, or why am I here, and more so, in actively being me whatever that is at a given moment of time. That’s harder than it sounds and at the same time the most simple process imaginable. I mean think about it…. Who am I? What sort of mental masturbation spawns a question like that…? Yet, I suspect most people may have to pause to answer that… Others will state with sublime eloquence, “well I’m me, obviously,” and that’s certainly true, but that doesn’t really answer the question being asked. Who are you? Are you controlled by your perception of what you or someone else thinks you are (mind’s pawn), or are you an unfettered creation of yourself (mind spawn)…? See what I did there, brought it all full circle… or at least an oblong circular shape… Doesn’t really roll off the tongue when you say brought it full oblong circular shape, though….

Who am I? That has to be one of the more accursed phrases plaguing modern humans. As I said, it’s simple, and it’s complex. A lot of the answer will depend on the asker. Are you investigating who you are to yourself, or who you are to others? Who you are as a human, or who you are as a collection of atoms? There are some hints at a potential answer in the question itself, as there generally always is… Who am I…? emphasis on the I. I is singular, so you are one it would seem. Who could be characterized by its definition as a relative clause, as in “the Queen of England, who is a monarch…” And am is be, or in Latin sum. So, a possible answer to the question of Who am I might be I am that which is the singular sum…and now we see why it’s such a huge question, for it asks what is the sum of you, if you add all that you are, all that you represent either by choice or by situation, calculating for the effects of the past and future, and add twelve and carry nine, dividing it all by infinity. Now we’re close.

The answer to, who am I, is also going to lean heavily on a person’s perception at the moment of examination. Certainly perceptions change and for that matter so do we. We are constantly changing. In fact, in the half hour or so that I’ve been actively thinking on this subject and relating my response around three billion new red blood cells  have been formed in my body with a loosely similar number being lost. Our bodies frequently experience episodes of mass extinction, with respect to our cells. There is even a special function called ‘apoptosis’ or programmed cell death that is built into all of us. This apoptosis works like this: A cell that has basically done its job is set to self-destruct. For example, we lose a lot of brain cells when we’re born (I’m not kidding) as they’re no longer useful to us, so a mass extinction event occurs among those cells. Another mass extinction of brain cells happens when you become a teenager. In fact, the main reason we get oldand die is that cells stop repairing and replenishing. In other words, we are programmed to die. It seems obvious that immortality is not something we were ever made for, albeit there’s certainly a lot of research happening to try and achieve some semblance of living forever….

My Mindspawn cells are still doing their job and have much more to do, so I’ll be donning this persona for some time to come before those cells self-destruct. In the meantime, I’m glad for those of you that have joined with me… the tremendous loyalty and support that you have shown to me over the past twenty odd years is really appreciated. I hope that you’ll continue to follow my experiments, broaden my horizons, challenge me, and share your own creations with myself and the rest of the world. This is how we learn, how we grow, how we become something greater than we started. Look outward and dream, look inward and awaken. Share both, share yourself, you, your life is art.

The sharing mentioned above is one of the greatest things that Mindspawn has brought to me. Sharing my stories, hearing the stories of others, traveling and performing, making lifelong friends with people from every corner of the globe…. This Mindspawn persona, for all it’s darkness and occasional isolation, has taught me to be attentive to all the ways each of us are similar, and acknowledge the ways we are all different. We are human beings…. In the words of the greatest fighting philosopher of my time, “Under the sky, under the heavens, there is but one family.” (Bruce Lee – for more about Bruce Lee visit brucelee.com)