EYE OF THE MAGISTER 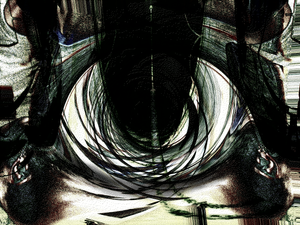 Eye Of The Magister

I had known of the demon for some time… although I never thought much about it one way or the other. It was one of those things you see from afar, like a mountain, not realizing the immensity of what it is up close. So, it was with this demon. I had dealt with many of their kind, in fact I’d lived among them at one point in my current existence. Most are exactly what they seem, not that hard to work with once you understand their basic lack of any sort of integrity, accountability, or responsibility. Although, to be fair, they have excessive virtue as long as it has consequence. I befriended an old imp once that was on a journey of ten-thousand years, to bury the carcass of a whelp. The imp was unshakable in it’s resolve to find the burial ground, and only when enough time had flowed would it find its objective. When I inquired why it showed such a steadfast adherence to its task, when so much of demonkind revels in misdirection, lies, and a complete lack of accountability, it answered simply, “break this promise, forfeit my dream….” Dreams are a big deal to most demons….

I wonder, as I look upon the immensity of the great demon before me, huge slabs of stinking flesh, rotten and sloughing off with every movement, the whole thing alive with myriad other entities just below the surface of its “flesh,’ what dream does it hold dear…? What “consequence” would such as the Magister Of Filth honor? Quite a quandary as I really needed one of its eyes…. That’s not as momentous as it sounds, the demon in question has several, and it can more or less create new ones at will, so it’s not like I’d be taking anything of real value with respect to its “eyesight.” That said, regardless of the lack of value one eye has to this behemoth, the value of this ocular trifle is great to me, it is necessary to see the pitfalls along the Path Of Least Resistance, a path I must trod within a fortnight. Should the Magister Of Filth surmise this, no doubt its price for the bauble would be high.

I posit to be sublime, to speak with two tongues is no simple task. In a song I sing of the depravities dreamed, were I only to look with an eye that could see. Into the dark cesspools filled with fecund mysteries I might wade, could I but see through an eye in which such things gleamed. Soft putrescent glows wafting across my sickly vision, wasting their glorious scent on mere human ocular tissues. My mind is suddenly awash with ochre color grinding against my nerves in a cacophony of sickly shapes. I see! I see!! I see…. and I dream.