THE WORDS OF APOLLYON…. 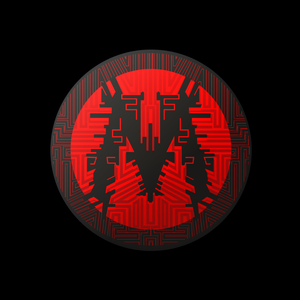 Soundscapes. Beautiful pieces of ambient minimalism, guiding the listener to new places in the subconscious, creating the mental backdrop falling into place each passing second. You wander around in awe at the soundscape before you, trying to take it all in, and it leaves you breathless. Yet in your wonder you don’t notice the changes happening around you, trees rapidly shedding their leaves, plant-life quickly withering and dying, a slight wind picking up ruffling your hair, the sudden total silence except for the wailing of the wind.

Only when you notice that day is quickly turning to night do you break out of your hypnosis and scan the horizon and you feel the bile rise in your throat. Everything is dying…no decaying…. at a rapid speed, the wind has picked up considerably and you struggle to keep your footing while you try to dodge the debris being hurtled towards you by the savage wind. You notice the water level of the streams and rivers going down like somebody’s pulled a giant plug from out of the ground and the very ground you are standing on dries up and cracks so badly it looks like a weird sort of mosaic…and thats when you hear “It.“

At first “It” just hides among the ensuing madness like a tiger waiting for its prey, then it starts to become more pronounced and you look towards the direction of where the low dark droning sound is coming from and spy a most terrifying site, a complete wall of blackness spanning as far as the eyes can see. At first you think it might be mist or maybe the strange way this land turns to darkness (as its not quite night yet), but as it gets closer you notice it’s actually more liquid-like and that everything it touches is devoured and killed. Your mind is screaming for you to run, to get away but your body is just not obeying and you stand there stock still eyes wide open at the oncoming blackness.

You hear screaming and wailing sounds, like trapped souls of the many victims this thing has taken, and you shudder uncontrollably, but still you can’t move, and as the thick, oozing darkness first touches your hands then engulfs your arms, you still don’t move, you just stand there listening to the chanting sound which seems to be coming from the very heart of the thing, and even as you feel the burning of your skin and smell the singed hairs on your body, you still don’t move you don’t even scream, you just hear the chanting, soothing you, calming you and becoming more understandable the more “It” devours your rigid body. The chanting becomes louder and louder and more definable and just before it envelopes you completely the chant becomes fully understandable and the last thing you ever hear is……… Mindspawn.
—
Apollyon c.1998

Every time I start work on a new piece of sound, I remember the words of Apollyon….